Intelligent Transportation System is an essential building block of full autonomy on the roads. To have a safe, sustainable, and efficient autonomous system in our daily life, a complex traffic system should be deployed on our normal roads. Vehicles should communicate with each other as well as with the road to send and receive some information.

This can be exemplified by assuming that we have a traffic jam in one of the intersections in the city. If we have a standard traffic lighting system, we can not normally solve the problem. On the other hand, assume that we have an intelligent system that interacts with the vehicles by receiving their locations and speed, the system at that point can change the traffic light sequence timing to resolve that issue. But how can we implement such an algorithm in the first place? Are we going to test it directly on the road?

Now, the traffic simulation comes to place. It facilitates the implementation, evaluation, and testing of such algorithms. However, it is not easy to find such a comprehensive simulator. But we have SUMO!

What features offered by SUMO?

SUMO is a powerful simulator for researchers, developers, and enthusiasts. Two ways are normally used to use any simulator. Either by running it on a local machine or over the cloud. Sadly, running the simulator locally is a bottleneck for many developers with any powerful simulator due to the available computational power. Fortunately, we can use Yonohub.

How to integrate SUMO in Yonohub?

Not only the computational power in Yonohub we want to get benefit from, however the encapsulation concept in YonoArc by designing your simulation scenario as a pipeline with different pieces of code encapsulated in blocks.

Normally step zero will be the installation of SUMO. Yonohub offers YonoEBuilder which facilitates the steps of creating environments with few clicks. You can reuse and share the environments easily. For SUMO, you can even forget step zero as we published an environment, which contains the latest version of SUMO, in YonoStore. Here is a view of the SUMO environment developed using YonoEBuilder, As we can notice, the environment installs SUMO, clones the official repository, and setups noVNC to visualize SUMO.

NOTE: You can use this environment in a custom app in the phase of creating a network in NETEDIT as well as interacting with SUMO-GUI directly.

Traffic Light System (TLS) is the scenario integrated. We used the pre-implemented TLS example in SUMO. The example uses the TraCI API to interact with SUMO via a client-server protocol, where SUMO acts as the server and TraCI as the client.

Next, we use that environment to develop a YonoArc block. We used the Block Manager to create the YonoArc block. The SUMO block encapsulates the following functionalities,

To implement the above functionalities, we created the SUMO block using the YonoArc Python 3 API. The python 3 source code of the block is an integration of the Python 3 API and the TLS example as shown below,

In the on_start(self) function, we run noVNC as a separate process. Then, generating the routes and randomly assign 3600 vehicles to the created routes, using generate_routefile() function. Next, we start SUMO using the start function in TraCI which establishes as well the client-server communication.

After that, the run(self) function is called. The function simply calls another function called run_scenario(self) which is responsible for the changing of the traffic light sequence as well as publish the following data related to one of the vehicles,

All these data are published through the block’s ports. All the information is extracted and streamed each step of the simulation to be visualized in YonoArc via the Dashboard.

Moreover, we need to add the noVNC URL to the block during creation to be able of opening noVNC in YonoArc.

Now, you successfully create the SUMO YonoArc block and ready to construct the pipeline in YonoArc.

How to Use SUMO in Yonohub?

Let us demonstrate the utilization of the SUMO block in the following video tutorial by forming a pipeline which runs the TLS scenario and visualize some data. 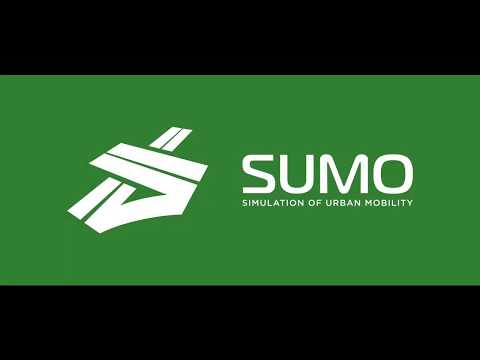 All the blocks you can freely purchase it from YonoStore. You can download the arc file of the tutorial above directly from here as well as the source code of the SUMO YonoArc block.

To sum up, we demonstrated the process of integrating SUMO in Yonohub and using it that shows the capability of SUMO for traffic simulation in addition to Yonohub’s computational power as well as the encapsulation concept in YonoArc.